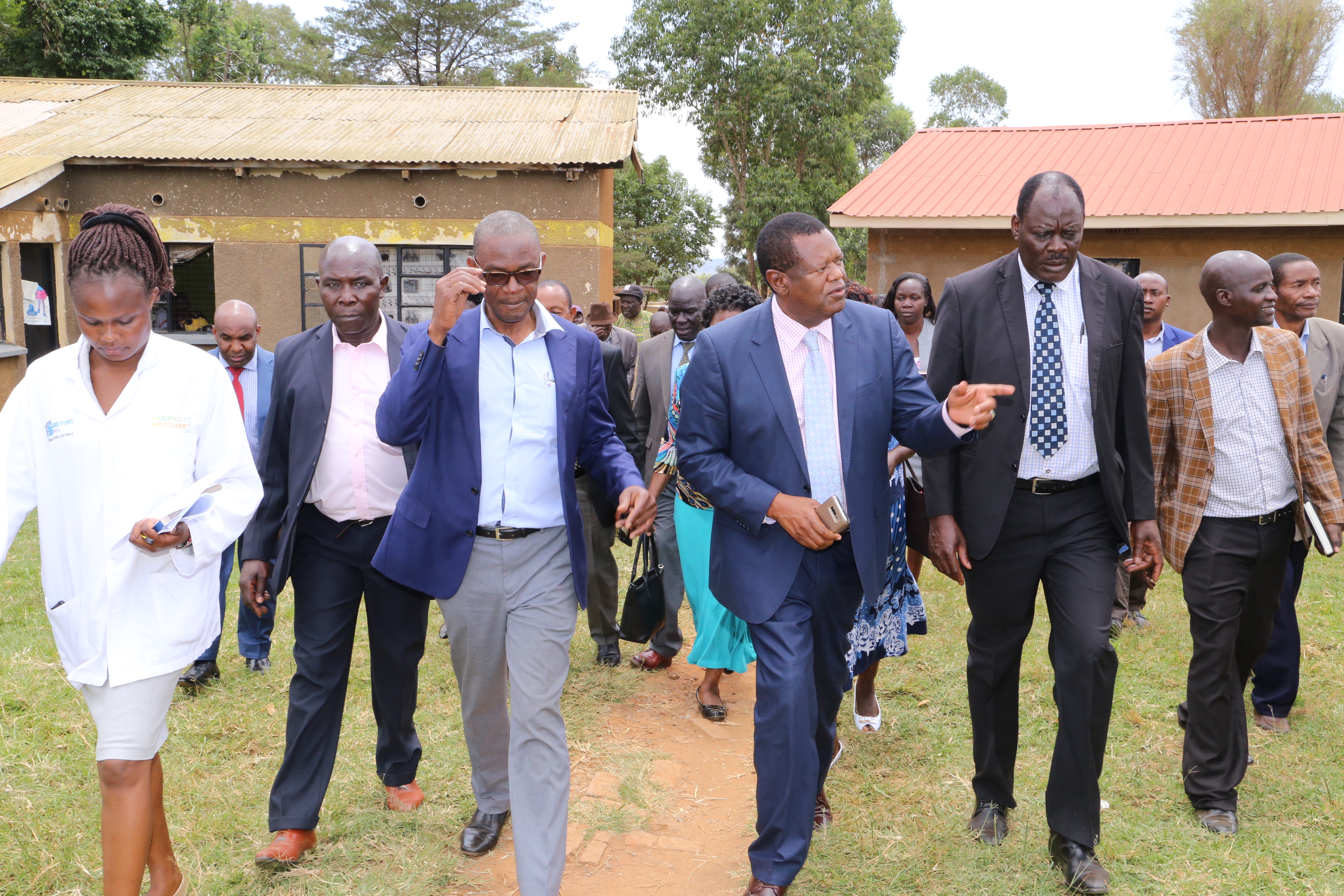 The KMTC Board on 21st February, 2020 visited Ndalu Ward, Tongaren Constituency in Bungoma County to assess the site of the proposed KMTC Tongaren Campus and give recommendations on the way forward.

Receiving the Board, Tongaren Member of Parliament Dr. Eseli Simiyu informed the Board that land for establishment of the Campus, had been set aside and plans to acquire additional land were underway. The MP also said that Kshs. 10 million to start off construction of the Campus had been allocated with a further Kshs. 25 Million expected in the next financial year.

Hon. Eseli said he was working closely with the National and County Government to upgrade Ndalu Health Centre into a fully-fledged training hospital. He added that there were structures available at the facility which would be renovated and handed over to KMTC for use in training.

“Expansion of KMTC through establishment of new Campuses is in line with the President’s Universal Health Coverage (UHC) agenda,” Board Chairman Prof. Philip Kaloki said. He added that realization of this agenda was predicated on, among others, “Availability of human resource for health with the requisite skills and competencies to serve every Kenyan, down to the grassroots,”

The Chairman also observed that primary healthcare was at the root of ensuring that healthcare is accessible to all Kenyans. In line with this, he said, the College has mounted several community oriented courses geared towards promotive, preventive, curative rehabilitative and palliative services.

To strengthening health systems by training developing competent health professionals, in Tongaren, Prof. Kaloki said “We will set aside 100 positions for qualified students from the area.” He assured that Webuye Principal Ms. Lucy Chebungei would return to Ndalu Health Centre on 24th February, 2020 with a team from the College Admissions Office to help qualified applicants with the KMTC application process.

Concurring with the Chairman, Director Frederick Wamwaki noted that the shortage of healthcare professionals constrains not only the achievement of UHC but also health-related Sustainable Development Goals (SDGs). He said the shortage is especially dire in the rural areas due to a concentration of such workers in urban areas.

To mitigate this, he said, the College has ensured that KMTC Campuses are available across the Country to train adequate health workers with some expected to live and work in the areas they come from, thereby serving the community.

Board Director Mithamo Muchiri said the need based programs offered by the College and the large number of competent health providers released into the health sector has seen life expectancy rate go up.

Hon. Eseli praised the Campus saying once open, the institution would provide training for Kenyans from all over the country. Additionally, the Campus would attract investment to the area, opening it up and leading to its exponential growth.

Area MCA Mr. Nathaniel Aseneka said the Campus would provide a platform for youth empowerment and give residents an opportunity to open up businesses and sell their products to those studying and working at the Campus.