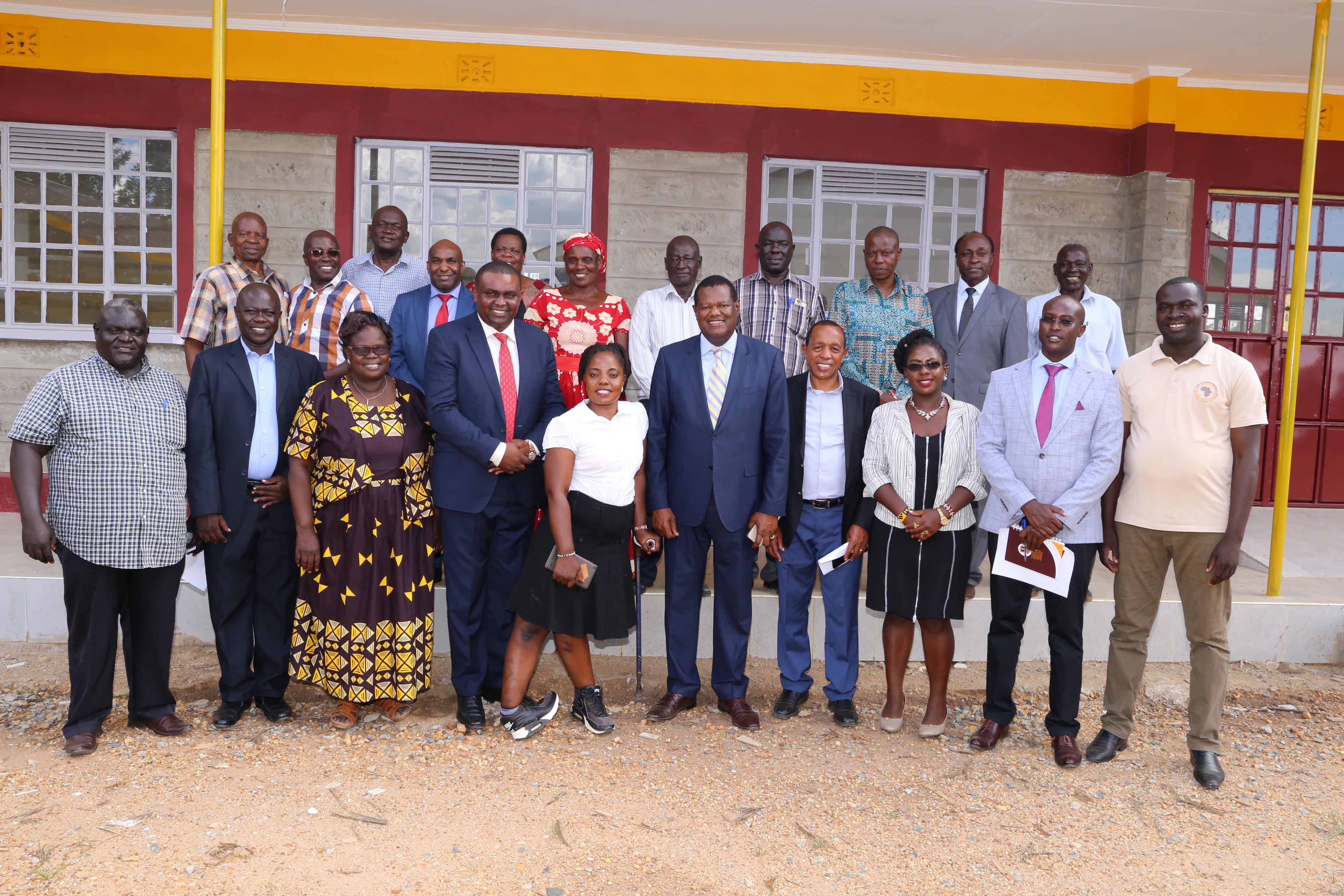 The KMTC Board on 18th February, 2020 toured KMTC Mumias, which is set to open it’s doors in March 2020, to the first students and Navakholo Campus scheduled to start operations later in the year.

Speaking during the tour of Mumias Campus, Board Chairman Prof. Philip Kaloki, EBS, appreciated Mumias East MP Hon. Benjamin Washiali for partnering with KMTC to set up a Campus that would not only transform the lives of the people in the area but those in the entire country as well.

“This Campus will mount two courses and open its doors to the first 100 students in March 2020,” the Chairman assured. He projected that the Campus would mount two more courses in September in line with the Country’s health needs.

Board Director Mr. Frederick Wamwaki commended Hon. Washiali and his National Government Constituency Development Fund Committee (NG-CDFC) for being visionaries. “This is a statement of what people can do when they think about the future and work together,” he said.

Board Director Mr. Mithamo Muchiri hailed the Campus as one that would not only change the health of the people but the socioeconomic outlook of the area.

The Board was received in the Campus by the Mumias East CDFC officials led by Chairperson Ms. Tabitha Wochika and Mumias Campus Project Management Chair Mr. Johnstone Oyatsi.

The Board later visited the upcoming Navakholo Campus where they were received by the CDFC and members of the Project Management Committee. The Campus is a partnership between the College and area MP Hon. Emmanuel Wangwe.

The Board witnessed the upcoming infrastructural development which they termed as “an architectural marvel”.  “The establishment and subsequent growth of this Campus will ensure the place of Hon. Wangwe and the CDFC in the annals of history as people who were ahead of their time,” the  Chairman said.

Navakholo CDF Chairman Mr. Kennedy Barasa informed the Board that the committee had so far funded construction of the Campus to a tune of Kshs. 40 million with more allocation in the pipeline. “KMTC will allocate a further Kshs 20 million for the construction of an administration block,” Prof. Kaloki assured.

He commended the area leadership for understanding the importance of good health for its people and proactively looking for ways to actualize this.

Prof Kaloki hailed Hon. Wangwe for being a development conscious leader and appreciated his partnership with the College to support the Government’s Universal Health Coverage agenda.

Board Directors Mr. Mithamo Muchiri and Mr. Frederick Wamwaki assured of the Board’s continued support to the growth of the upcoming Navakholo Campus.

KMTC partners with Beyond Zero to change lives.