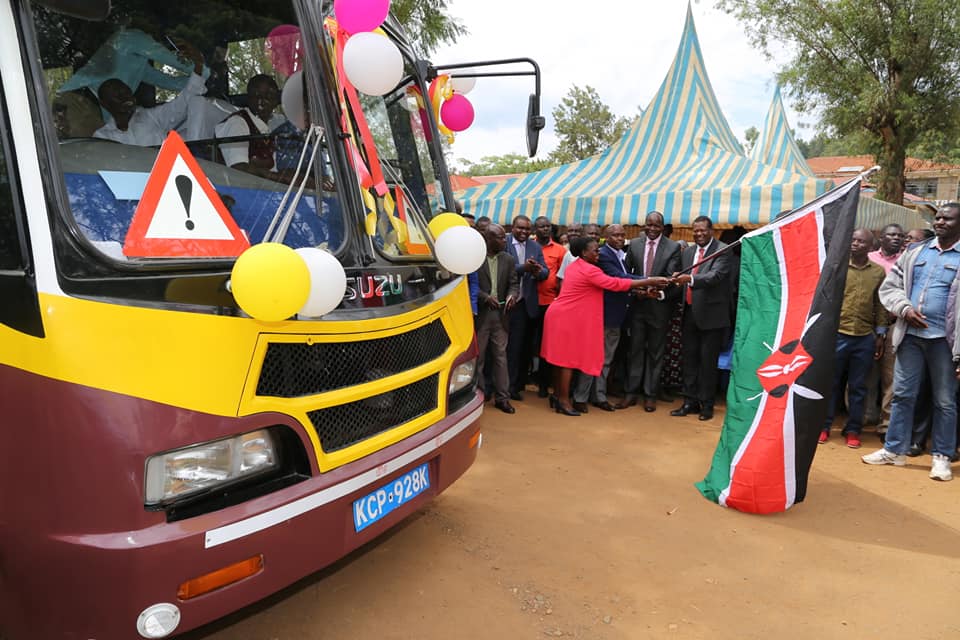 The Governor committed Kshs. 20 million for completion of the ongoing construction of a tuition and administration block in the Campus. “To meet the ever present demand for health workers, my County Government has also set aside 50 acres of land for expansion of the Campus,” the Governor added.

KMTC Board Chairman Prof. Philip Kaloki affirmed that the College would on its side set aside Kshs. 30 million for construction of another facility that will house a skills lab, resource centre and more classrooms in the Campus. The Chairman took the opportunity to thank the National Government led by H.E. President Uhuru Kenyatta for allocating funds to KMTC to spur growth and expansion. He reiterated the commitment of the College to fulfilling its core mandate of training various health disciplines for the health sector towards realization of Universal Health Coverage agenda and by extension, Kenya’s Vision 2030.

CEO Prof. Michael Kiptoo confirmed that the College has put in place measures to accelerate achievement of the strategic focus of leadership in the training of competent health professionals for sustainable development. That far, the College has developed a Policy among other guiding documents to enhance engagement with like-minded partners, and as such would continue to work closely with the County to enhance training in Migori Campus to benefit the people of Migori and Kenya at large.

County Health Executive Committee member Dr. Isca Oluoch stated that the two institutions would continue working together to strengthen the health systems in Migori. “We will encourage health workers in the County to take advantage of our close proximity to KMTC Migori Campus to upgrade and enhance their training and knowledge in their areas of practice” she added.

Migori County Government was the first, under the devolved system of government, to approach the KMTC Board of Directors with an aim of starting a KMTC Campus in the County and also the first to enter into an agreement to train for the County’s health needs. Following the agreement between the two institutions, KMTC Migori Campus opened its doors in September 2013 through an initiative of the KMTC Board and Migori County Government. The aim was to expand the College in addition to bringing training opportunities closer to the people of Migori County and its neighbours.

At inception in September 2013, KMTC Migori Campus admitted 48 Kenya Registered Community Health Nursing (KRCHN) students, a population that has grown to the current 205. The Campus currently offers Diploma in Nursing with plans underway to mount more Programmes from September 2019.

KMTC Vice Chairman Eng. David Muthoga, Board Director Mr. Mithamo Muchiri and CEO Prof. Michael Kiptoo accompanied the Chairman to the event. They were received in the Campus by Principal Mr. Henry Ombija, staff and students.