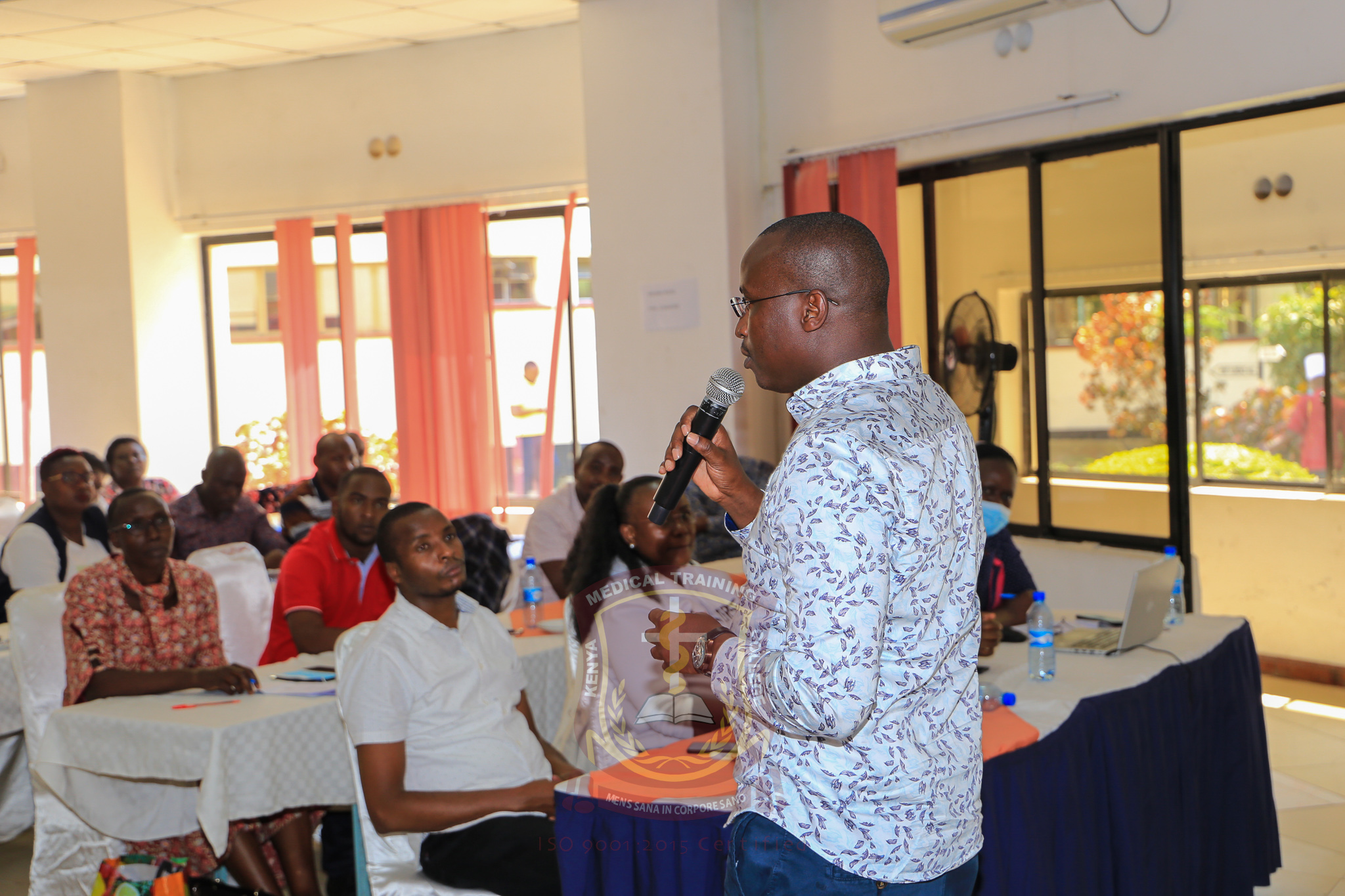 KMTC staff are a happy lot following an assurance by the College Chief Executive Dr. Kelly Oluoch that the arears accruing from the 2014-2018 Collective Bargaining Agreement (CBA) will be paid with their July salaries.

“It is envisaged that with this incentive to staff, productivity levels will increase, and service delivery enhanced towards achieving the College’s core mandate,” Dr. Oluoch said, speaking during a meeting held to sensitize Shop Stewards from the various KMTC Campuses from 20th to 22nd July, 2022 in Kisumu.

Emphasizing on adherence of staff to labor practices at the workplace, the CEO urged the Shop Stewards to ensure that staff in the respective Campuses are aware of and comply to the provisions of the KMTC code of conduct on staff discipline, the Public Officers Ethics Act 2003 as well as Chapter six and the bill of rights as contained in the Constitution of Kenya (2010).

The KMTC Management and KUDHEIHA Workers Union signed a four year CBA for the period of 1st July 2014 to 30th June 2018 with a basic salary increment to be within a limit of eight percent for the unionisable employees for the period of the CBA implemented at two percent each year in addition to the annual increment.