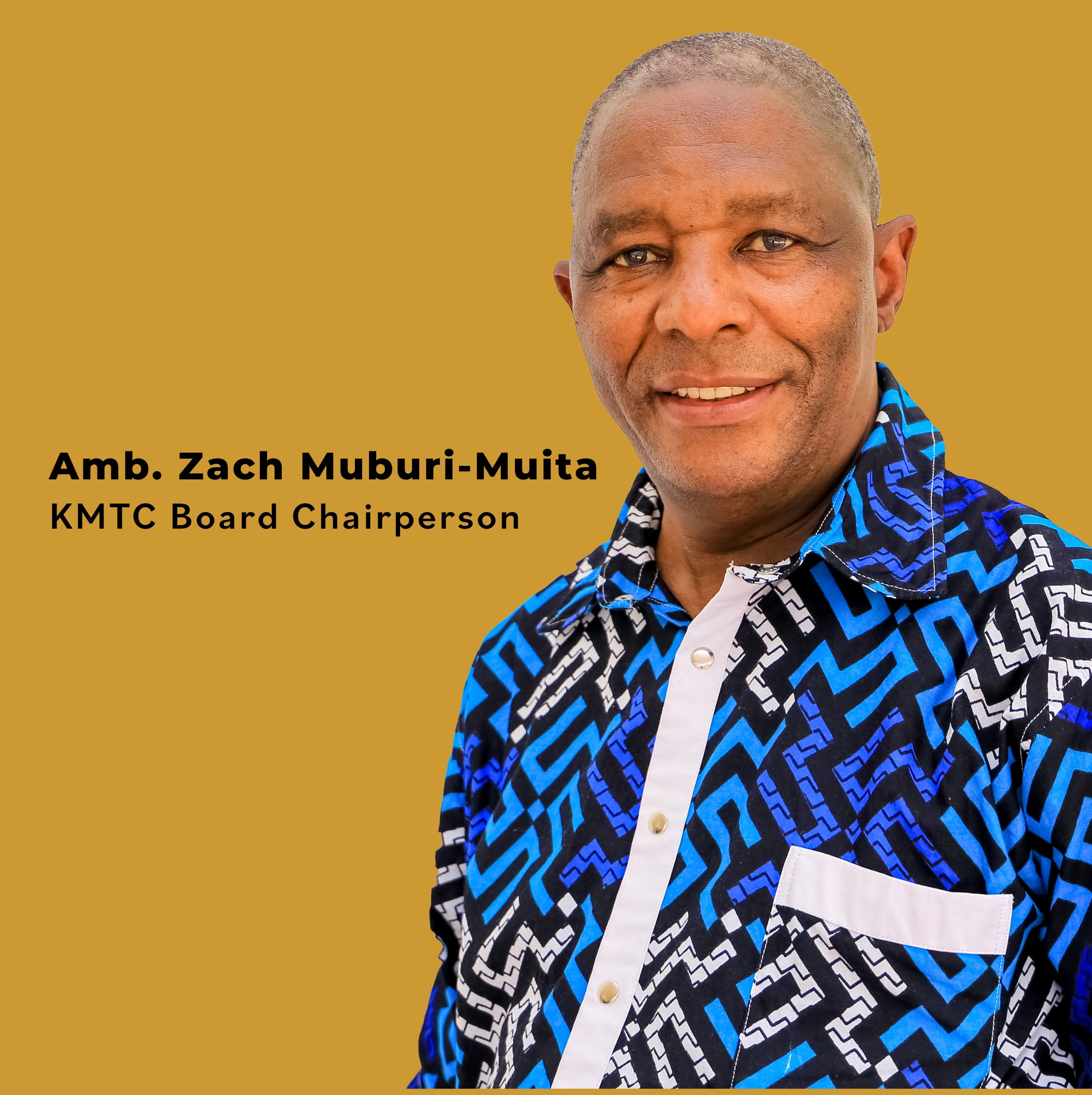 H.E. President Uhuru Kenyatta has appointed Amb. Zachary Muburi Muita as the new Chairperson of the KMTC Board of Directors. Amb. Muburi’s appointment for a three year-term, which is effective from October 4, 2021, is contained in a gazette notice number 10617, dated October 8, 2021.

Amb. Muburi (born in 1957), is a diplomat who has had an illustrious career, having occupied a number of diplomatic positions including, Kenya’s Permanent Representative to the United Nations in New York City; Special Representative of the UN Secretary General to the African Union; Executive Secretary of the International Conference on the Great Lakes Region (ICGLR); Vice-President of the Bureau of the Assembly of States Parties to the Rome Statute of the International Criminal Court; High Commissioner to the United Republic of Tanzania; President of the United Nations High-Level Committee on South-South Cooperation, and many more.

During his tenure at the helm of the KMTC Board, Amb. Muburi will provide overall leadership to the Board, conduct efficient Board meetings, guide the Board’s decision-making process, harness the collective skills of the Board and its committees as well as act as an informal link between the Board and shareholders, among other roles.

They bring a wealth of experience crucial for enhancement of the College’s performance.

The College plays a key role in the achievement of UHC by producing competent health professionals to bridge the Human Resource for Health gaps for the country’s health sector.

KMTC is ranked the Best Tertiary College & among Top 35 Best Universities/Colleges in Kenya, 2021 (Rankings by Webometrics).